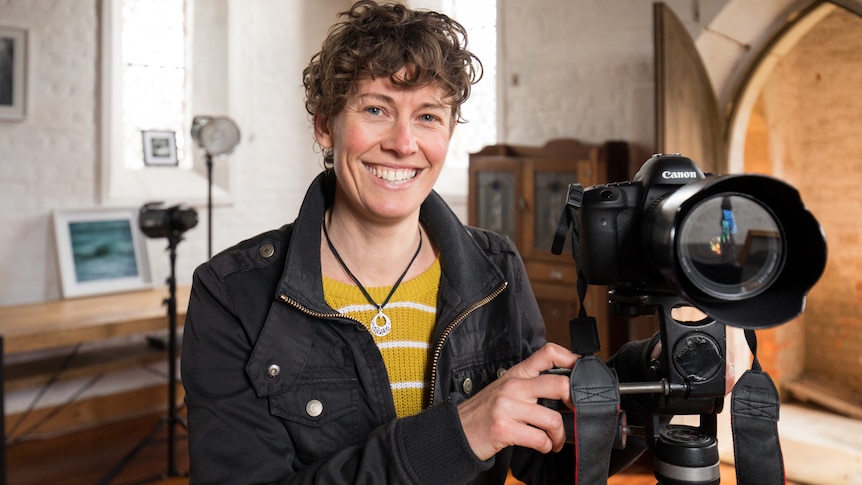 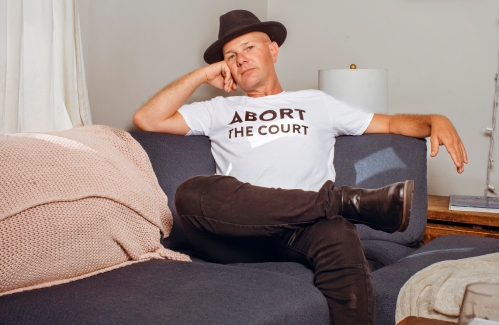 If there is a greater local oasis than Lake Michigan, I don’t know of it. The lake is infinite and free; go there when you need a break, or visit the cultural center to see “Jin Lee: Views & Scenes,” a low-key knockout of a show featuring four photographic series, all careful and dedicated consideration of Chicago and its adjacent landscapes, including the lake, but also sidewalk weeds, street salt mountains, and views from commuter trains. The exhibition is both a space for meditation in itself and a purveyor of lessons on how to move around in the city open to restorative observation, in particular of its little-known aspects. It’s partly attitude, partly location, and ultimately a combination of these.

Jin Lee, who has been photographing in and around Chicago since moving here in the mid-1980s for college, was born in South Korea in 1961 and immigrated to Los Angeles with her family at the ‘adolescence. In 1996, she began teaching art at Illinois State University at Normal, eventually becoming a full professor, a job that required hundreds of weekly two-hour rides on the Amtrak line from Chicago to Bloomington/Normal. . This journey gave rise to “Train View”, one of the series exhibited at the Cultural Center, and perhaps a source of inspiration for commuters around the world (or at least for those who do not actively drive the vehicle in which they are located).

The series is Lee’s largest and most diverse, which is unsurprising given the variety of what unfolds throughout this particular 150-mile journey: snowy farmland, patriotic warehouse signage , tangled forest, smoky oil refineries, low income neighborhoods, a bustling village center, mute storage units, haphazard billboards, abandoned industrial buildings, placid brown rivers and streams, housing developments in half built, a windswept cemetery, graffiti and more graffiti, an old prison tower and the quarry where inmates once worked, a skyline of wind turbines, endless power lines. These places and non-places are seen in all seasons, in all weathers and at all hours of the day and night, perhaps more than once. Differentiating one domain from another can be tricky, but that’s part of the point here. So too is the very visibility of these sites, a unique consequence of rail routes traversing often remote, private or otherwise inaccessible territory.

The extent to which any of these photos reveal that they were taken from inside a train car varies. Some images have a nice blur indicating speed; others are so clearly focused, so symmetrically composed, that it seems as if the train must have slowed down or even stopped. (If you’ve ever driven Amtrak, you know they do. How much less boring it must be with camera in hand.) Then there are the outliers, a handful of photos from inside the train – a book of short stories held open by one hand, presumably that of the artist; a window made visible by raindrops; a passenger who has awkwardly fallen asleep in the seat in front — which not only remind the viewer of the genesis of this body of work, but also suggest the possibility of other kinds of journeys: literary, aesthetic, dreamlike.

When not taken on a set route, Lee picks herself up, continually returning to a location along the Lake Michigan shoreline, somewhere on the south side. For the “Great Water” series, she takes a similar image each time: half-sky, half-water, so uniformly cut in two that the photographs in the gallery form a continuous horizon line, interrupted only by the frames and wall space. It’s impossible to fully portray something so vast and changing, but Lee did the lake justice by seeing it, really seeing it, in so many of its states of being. Here is a winter lake filled with small pack ice, grouped together like water lilies. There, in a pair of images that must have been taken moments apart, is the way the color of the water changes in an instant from juniper to sea foam, the effect of a cloud passing in front of the sun. Sometimes the horizon disappears completely, other times it reveals the steel mills of Gary, Indiana, or what appears to be a chain of snow-capped peaks but is actually an optical illusion caused by clouds lake effect. Most of the time, however, these 19 photographs – about half of the series, which is ongoing – are filled with water and sky, waves and clouds, in a wider range of hues and textures than even the most seasoned lake-goers wouldn’t expect it.

Where else is Lee going, what else is she looking at? Call it urban nature, those places where something exists that goes beyond human conception, even if it is inextricably linked to it. The results are the “Salt Mountain” and “Weed” series. These resemble a hybrid of portrait and landscape photography, so attentive are they to the idiosyncrasies of their subjects, endowing them with qualities of dignity, importance, beauty, resilience, age, sometimes up to anthropomorphism.

Mountains are those piles of road salt dumped around the city for winter ice management. In Lee’s images, which play with scale and framing, they are sublime alpine ranges, towering monumentally above the tree line. The coarse dirt of accumulated pollutants becomes an organic condition, the pathetic cracking and crumbling of small heaps an avalanche, the odd coloring of chemical additives a geological curiosity. Two of these massifs even show steep facial forms, such as the Old Man of the Mountain and other highland pareidolia. Who knew the Chicago apartment contained such picturesque views?

Weeds are where they grow, in the crook where the sidewalk meets the peeling white painted wall. Those who can recognize such things will be able to identify yarrow, rue, plantain, dandelion, and other hardy wild plants. There is inevitably some litter and rotting foliage on the ground as no one takes care of these places. And yet, there’s care in the kind of careful, sustained gaze Lee practices — whether it’s sidewalk weeds, salt mountains, the lake, or views from a commuter train. It’s not some kind of judgement, full of useful ideas for improving neglected sites; it’s just caring, pure and simple. Caring enough to notice that something is there, caring enough to see and appreciate it, as it is and beyond too. And do it again and again. 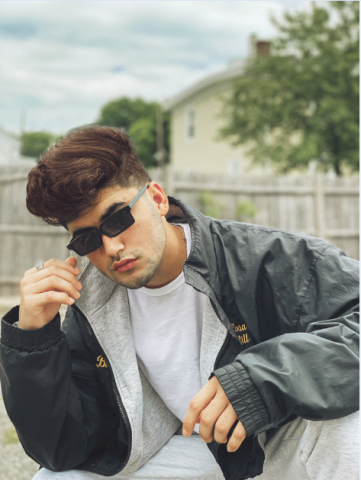