How do you decide which summer camps to send your child to? Do you try to pick a variety or stick to one or two camps throughout the summer so they have some consistency? Or something else? Last summer was Joss’ first summer going to camps. Before that, I had thought that reenacting two months of summer camps seemed like a nightmare. But once we started signing up, there are so many great options it’s hard to choose! So we do a variety. And of course, take advantage of the free TPS camp in July! It makes a HUGE difference because the camp is expensive!!

Obviously, I’m lucky to work at TulsaKids because I’m among the first to see our updated summer camp guide information. It’s exciting to see new camp information coming in every year and to see all the great opportunities for the kids!

I signed Joss up for a week-long songwriting camp at First United Methodist Church downtown, pretty last minute. We go to church here on an irregular basis, but the last time we went I saw information about their arts camp – and it was only $80 for the week! What?! Definitely one of the more affordable options. For this particular camp, campers could choose between songwriting, graphic design, cooking, sound mixing, and photography. Since Joss was already excited to write a song for next year’s Eurovision Song Contest (ha!), I thought it would be a good choice. Also, I like to write songs and I was hoping he would give me some advice!

It was a great week of camp for him. They went on a field trip to Tulsa PAC, where the kids got to go behind the scenes! And another field trip to the Discovery Lab, which of course was a success. At the end of the week, there was a great presentation of the students’ work. The child songwriters got to perform their original song, “We’re Going to the Zoo,” while we munched on treats provided by the Culinary Campers.

It was definitely a good experience for Joss, and I’m very grateful for the affordable price. They had a lot of helping students, and it’s always fun to see the older kids taking care of the younger ones.

One of my favorite parts of downtown camp was looking out at the pretty skyline each day!

I was so excited that Philbrook is bringing their camps back this year! I signed up Joss as soon as it opened. You can choose between morning or afternoon sessions, or sign up for both for an all-day option. Joss’ two camps were “Fuzzy, Felted Fun” with artist Taylor Painter-Wolfe; and “Big and Bold” with another local artist.

Not only were they able to take advantage of Philbrook’s impressive stock of art supplies, so they could create whatever they imagined, but they were able to spend plenty of time outdoors in the beautiful gardens. Joss came home one day very excited to realize that bees are actually very cute. So they must have made some bee observations 🙂

Unfortunately our stay at Philbrook Camp was cut short due to a Covid infection in our family. So Joss had to miss the last two days of camp! Luckily, they’re going to let him take his projects home in the future, because he was very excited about the popsicle stick robot cat he was working on!

It looks like Philbrook has opened up camp sites (starting June 17) the week of July 25, for kids ages 5-11. Find more information at philbrook.org/visit/camp.

Joss brought some extra pipe cleaners from camp and made this cat-tastic headband in the car on the way home.

The last week of June, Joss will be at the Discovery Lab for the “Detective Science” camp! The description reads: “Let your little sleuth channel their inner sleuth. Your child will learn the science behind invisible ink, forensic fingerprints, secret codes and other fun activities in an effort to solve a mystery. How fun does that sound?!

Unfortunately, all camps for children his age are full, but there are still several options for children in grades 3-6. Each week has a different theme, such as Science Fiction or Prediction?; indigenous technologies; STEAM + Art Deco and much more. See all options at discoverylab.org/summer-camps.

We’ve done about three Discovery Lab camps now, and he’s loved them all. But this will be our first at the new location! Prices have certainly increased, but not too much.

Again, thank goodness for the free camp! Joss will be enrolled in TPS summer camp throughout July. I’m disappointed it’s not in his school. Last year all of the children from Council Oak were able to take part in an amazing summer camp at Council Oak. This year, they will be with pupils from three other schools from a different primary. Which is good, I just hope it’s not too chaotic, and of course it’s nice to know they’re in a familiar place. So we’ll see how it goes.

Well, I wasn’t going to enroll Joss in camp in August. But after our first tough week of summer vacation without camp, I realized we probably should. Luckily, there was still space available in Living Arts’ Creative Dramatics Camp. This one’s aimed at kids ages 4-8, so it’ll probably be nice for Joss to be the oldest of the bunch.

The description reads: “In Creative Dramatics we will explore forms of theater centered on improvisational and informal processes where students will be guided to imagine, act and reflect on real or imagined experiences from their own human experience. Through role play, improvisation, pantomime, movement and sound, we will create performance art that will open the young mind to the beauty of creativity in all its forms.All supplies included. Camp is only from 12:30 to 4:30, not a full day, but hopefully that will be enough to keep him from being so bored at home!

He’s been doing some really fun British accents lately, so I think now might be a good time to see if some structured drama suits him.

Find a list of New Arts camps at livingarts.org/education/new-arts-camp. 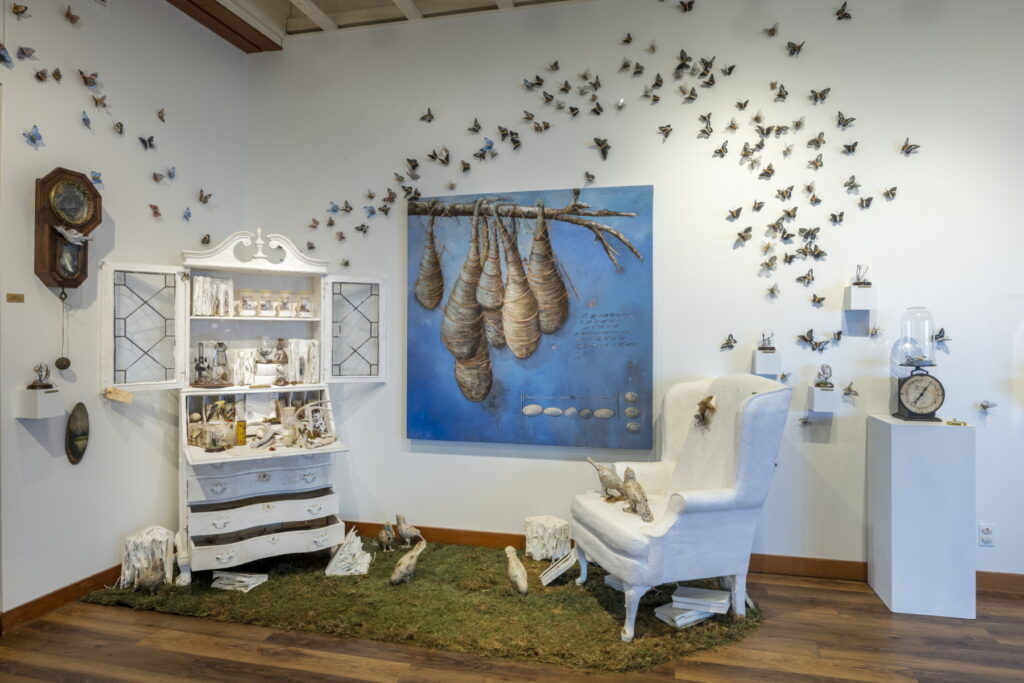