At New York’s Independent Art Fair, an Older Generation of Photographers Are Honored

After a leaked draft opinion revealed the Supreme Court’s apparent intention to strike down deer v. Wade, activists and allies called for emergency actions across the country. On Tuesday in New York, protesters gathered in Foley Square in Manhattan before blocking streets and marching towards Washington Square Park. Natalie Keyssar, a Brooklyn-based documentary photographer, captured the scene.

I was on a flight to the United States when I heard the news. Those of us who have been paying attention have anticipated this for some time from the Supreme Court, but this is just painful news for women everywhere. I arrived at the protest on Tuesday evening, and there was a sea of ​​people around Foley Square, most of them dressed in green. There was a real solemnity in what I saw – it was a very quiet crowd. At one point, a speaker was telling her own story of having difficulty accessing a legal abortion when she was a young student and how painful it was. I think that story resonated with everyone.

You really could have heard a pin drop even though there were thousands of people. I saw tears welling up in other women’s eyes, and I could feel them welling up in mine. I was really thinking about photographing this shared experience. I feel like there was almost the same set of emotions on so many different faces. There was anger, fear, deep sadness, outrage, anxiety. It’s a horror movie to imagine being forced to carry a pregnancy to term. I was thinking very hard about how to show how we feel in these images – beyond just the fact that, of course, we’re fucking pissed off.

Daily news about politics, business and technology shaping our world.

By submitting your email, you agree to our Terms of Use and Privacy Notice and consent to receive email correspondence from us. 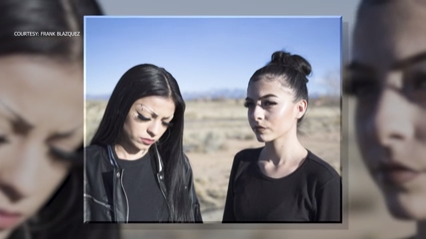 The work of a new Mexican photographer at the Smithsonian